In the early 1990’s during a customary visit to the neighborhood Post Office, I asked the clerk for a stamp with the image of a woman on it.  Of course there were none.  Frustrated by my continual inability to buy a stamp commemorating a woman’s achievements, I wrote my first ever Op-Ed.  The piece published in the Baltimore Sun chided the USPS for the lack of stamps honoring women.  I argued that stamps were more than payment for postage, they were miniature history books, honoring a country’s heroes and reflecting its values to the world.

Two decades later women have still not reached gender parity in our representation on postage stamps.  In 2017 the postal service released one stamp honoring the achievements of a woman (Dorothy Height) and six stamps honoring men.  In 2016 three men and two women (Lena Horne and Shirley Temple) were commemorated on United States postage stamps. 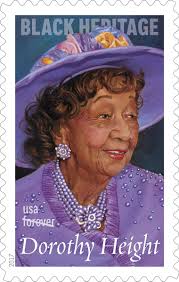 The implicit message in current stamp gender ratios is that either women have not made significant contributions in the past 250 years to the founding and growth of this nation or that the contributions they have made are not valued.  This subtle and continuous bias is insidious and extremely destructive. It sends a message to our mothers, our sisters and most significantly our daughters, that women are not important in the most fundamental of ways.  The postal service is aware of the differential gender representation on stamps.  In fact, it does so intentionally since the vast majority of stamp collectors are men whom they believe prefer to buy stamps about military leaders and sports heroes.  In catering to the collector market, the USPS is doing a grave disservice to the general population and is marginalizing half the population.  It is time for the USPS to honor men and women without bias.